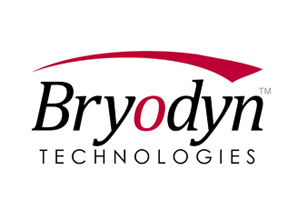 Prior to 2020, Bryodyn was using a traditional public cloud provider to host its customer data and encountered common public cloud challenges that impacted their business operations. For example, cost run ups associated with changing bandwidth and utilization was an expensive roadblock to growth. The level of complexity associated with moving workloads was another frustration that slowed things down. Deploying non-standard images, for example, required a great deal of effort and time and a real hurdle for the team.

With a changing business landscape, Bryodyn CEO and Founder Chad Hayes decided it was the right time to quickly shift into a smarter hybrid cloud to accomplish their growth goals. According to Hayes, he wanted an agile cloud that can quickly adjust to customers’ changing workloads and accommodate more users without getting charged exorbitant fees. Moreover, he wanted a true partner, offering immediate customer support when his engineers had questions instead of a ticketing system with a 72-hour call back.

After an extensive review of the cloud service providers in the market, Bryodyn chose ORock Technologies to host its mission-critical cloud applications. Not long after the selection process concluded, the Bryodyn-ORock cloud infrastructure went into production and began reaping the benefits—primarily price predictability and 24/7 U.S.-based customer support—immediately.

Today, Bryodyn gets a fixed price with their ORock environment regardless of bandwidth or user count fluctuations and can even estimate cloud spend at year two and year three. “For us, the ability to budget and get that price predictability is huge, even from a small business perspective. This is one of the primary reasons we chose ORock. There’s no longer a surprise heart attack that comes with our cloud bill,” added Hayes.

Time is definitely a precious resource for any small business so avoiding downtime is critical. Hayes’ team can talk to a U.S.-based cloud architect familiar with their business who can solve their technical issues immediately. “Previously, it was impossible for us to get this kind of customer support without having to pay the Ferrari price,” said Hayes. “Just recently, I was able to email ORock at 11:00 p.m. on a Friday night asking to confirm my security settings. It was resolved in minutes and a cloud architect followed up to make sure everything was well.”

Another benefit is the speed and simplicity with building out ORock’s secure cloud environment. “We’re embracing a newfound level of simplicity with ORock,” said Hayes. “It’s much more intuitive than our past cloud system, which had me jumping through all kinds of hoops to do basic configurations and deploy cloud instances.”

The significance of moving to ORock is not lost on Hayes. In a year’s time, the value proposition has shone through in a number of ways. Instead of feeling the negative effects of the pandemic, Bryodyn has achieved new levels of speed, agility, efficiency and cost savings.

We are “all in” on ORock. We believe ORock is going to take our business to the next level. Their cloud architecture is tailor-made for exceptional performance, security and price predictability, and aligns with our long-term growth goals.

Bryodyn Technologies is a Washington, DC-based Veteran-Owned Business that specializes in the development and support of IT systems across a full spectrum of disciplines. A trusted partner to federal government and commercial clients across the U.S., Bryodyn is focused on designing and implementing advanced mobile security solutions that guard against infiltration by unauthorized entities.